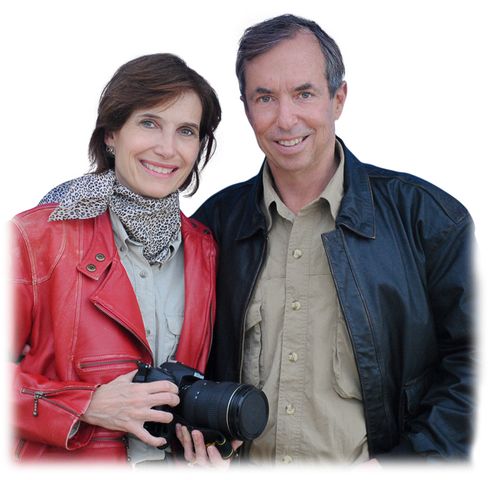 Their adventures have been varied— and often supercharged. They’ve been surrounded by sharks in the Red Sea while scuba diving; challenged to a marksmanship contest by AK-47 toting bedouins in Yemen; and cornered by rogue elephants in Zambia.

The Loves’ editorial work has been featured in many publications, including The New Yorker, the Los Angeles Times, the Chicago Tribune, Southern Living, Details, Dance Magazine, Charleston Style & Design and Boca Raton magazine.

In addition, they are concerned about issues that affect the well-being of the planet, especially civil rights, U.S. electoral system reform, and protection of our environment. Accordingly, their personal work includes documentary films addressing these issues.

The couple’s photography has been exhibited in galleries from New York to Florida and their photography essays have won top honors in the Society of American Travel Writers competitions. Additionally, their films have been Official Selections in film festivals both in the U.S. and abroad.

Professional associations include the Society of American Travel Writers and the American Society of Media Photographers.

They are now based in Charlotte, North Carolina.